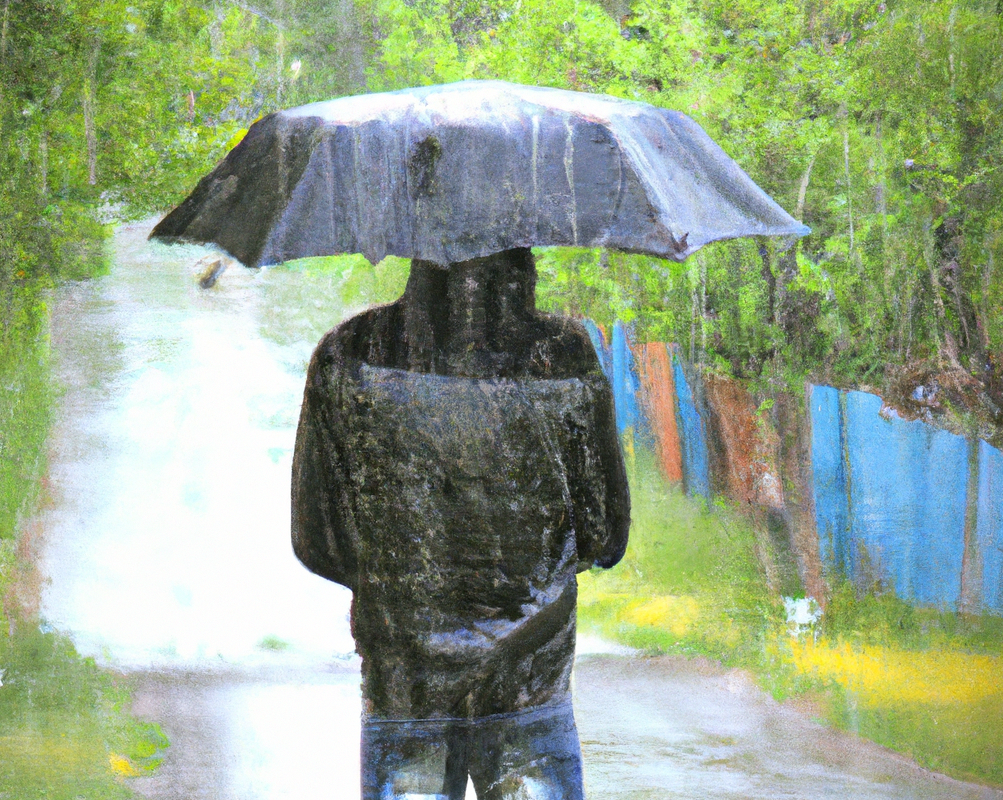 Have you ever heard some one flippantly say, “Oh well, it rains on the just and the unjust,” after something happens. Almost to say that, it doesn’t matter, it happens to everyone. But what is the meaning of Matthew 5:45?

That ye may be the children of your Father which is in heaven: for he maketh his sun to rise on the evil and on the good, and sendeth rain on the just and on the unjust.

The key focus of Matthew 5:45 is that it is capturing an important element of Christian faith – it speaks to the selflessness of God’s love and mercy. This passage emphasizes how God is “impartial in offering [His] blessings,” regardless of one’s level of faith or ethical standing (Alberigo et al., 2007, p.11).

Another key to consider from Matthew 5:45 is the invitation from God to embrace His gifts. This biblical passage underscores how “God loves [all] his creatures, even those who sin against him” (Zarka & Cotta, 1994, p. 148). By emphasizing that rain is given equally to both the righteous and the sinner, this verse implies that God “desires us to come to him and accept his graciousness—he shows no favoritism” (Campbell & Campbell, 2003, p.215). Scripture holds this same truth in Romans 2:11 which states, “For God does not show favoritism”—and through His impartiality God invites us all to receive His gifts (NIV).

A third key point being addressed regards man’s free will in conjunction with the gifts God grants. While it may appear that those who are unjust are receiving the same blessings as the just, “the really significant difference between the just and unjust person isn’t in what they have, but why they have it” (Campbell & Campbell, 2003, p.217). This is due to humans having been given “free will by their Creator; thus even as humans receive God’s favors on earth, they retain responsibility for their choices between good and evil” (Zarka & Cotta, 1994). This idea resonates within various sections of scripture such as Jeremiah 7:10 which reads: “They said, ‘Each of you must turn from your wicked ways and reform your actions; do not follow other gods to serve them. Then you will live in the land I have given to you and your ancestors.’ But you have not paid attention or listened to me.” (NIV).

Finally, it must be understood that while God offers benevolent gifts equally, regardless of one’s ethical standing; He also offers eternal judgement in the same measure. While rain has been given equally to both just and unjust alike by our merciful creator throughout history; those who reject Him must still acknowledge that “God renders just judgements without partiality” (Alberigo et al., 2007). This concept can be found within Revelation 1:5 which states that Jesus Christ is a faithful witness before all in which there can be no distinction made between different people—all will be judged based off their own deeds.

Matthew 5:45 serves as an important reminder to people everywhere that we all are blessed by a generous and impartial Creator—and responsibility should be taken for how one chooses to use these blessings. Not only does scripture emphasize this call for righteousness but so too do actions of wise men throughout history—John Quincy Adams famously said “Judge not of men by their public acts alone; but…judge them by their motives and principle which actuates them” (p.21). Therefore through understanding both sacred scripture and history alike we can realize what our Father intended for us when he said; “It rains on just and unjust alike.”

So the next time you see the rain fall, or the sunrise, remember that God’s mercy and grace applies to everyone, no matter who they are or what they have done.

#Ceaserea #israeljourney2016 apostle paul asherah baal being a disciple Bible Study canaanite religions gospel of jesus christ Isaiah 32 matthew 5:45 minute in the word priestly blessing sendeth rain on the just and on the unjust shema Shimon Peres The Commands of Jesus Christ uplifting bible scriptures
Get ﻿﻿﻿﻿﻿FREE﻿﻿﻿﻿﻿ ﻿Minute in the Word Devotionals﻿ from the Land of Israel to better understand the ﻿Bible.