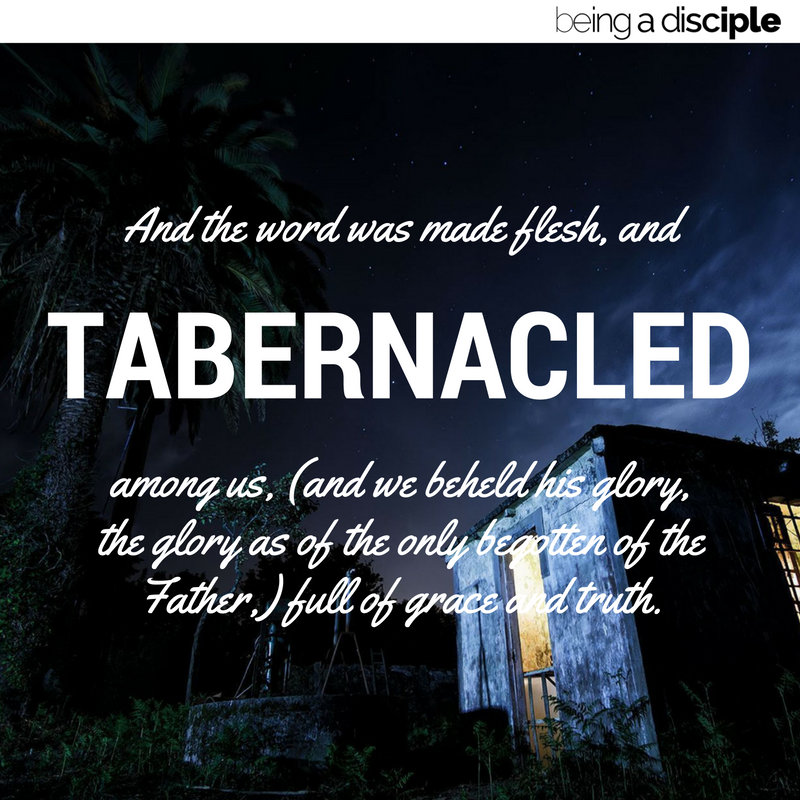 There is no other holiday on the Christian calendar that creates such a season of joy more than the Christmas season. A celebration of the birthday of Jesus.

Early signs of the festive occasion are seen when “nations from all over the world seek out a tree from the forest and cut it down with an axe and decorate it with silver and gold.” (Jeremiah 10)

Hundreds of hours and thousands of dollars are spent seeking out the perfect gifts to be able to celebrate this day called Christmas.

But is the day we know as Christmas really the day of Jesus’ birth? Do we know?

It must be acknowledged that the writers of the Gospels did not provide us with an exact date of the event. However, are there biblical clues that give us insight and understanding when this would have occurred.

We will look at 5 key areas that help us pinpoint the time of Jesus’ birth.

To help piece together the facts of Jesus birth, we need to begin with the conception, and birth of John the Baptist.

“There was in the days of Herod, the king of Judaea, a certain priest named Zacharias, of the course of Abijiah: and his wife was of the daughters of Aaron, and her name was Elisabeth.” – Luke 1:5

This verse gives us a brief detail on which priestly division Zechariah is a descendant. The course of Abijiah.

The question is; do we know when the priests of Abijiah served in the temple?

In 1 Chronicles 24:7-19 we see that God specifically established (by lots) the divisions of the priests.

Abijiah, a priest, was the head of a priestly family from whom King David consequently divided the priests into 24 distinct classes. Each course of priests served in the temple twice a year. Abia (Abijiah) was of the 8th order. Zachariah was therefore required to serve in the temple on 8th week of the biblical year and the 32nd week of the biblical year. All priests were also required to serve at the feast days of Passover, Pentecost and the fall feasts.

We know that when Zechariah was ministering in the temple, the angel appeared and announced to him the coming of a son. If Zechariah was serving in the 8th week of the biblical year, adding forty weeks for a normal pregnancy has John the Baptist being born or about Nisan 14 or Passover.

Another aspect of John the Baptist is that in scriptures he is always viewed as a type of Elijah.

Matthew 11:13-14
“For all the prophets and the law prophesied until John.
And if ye will receive it, this is Elijah, which was for to come.”

Luke 1:13-17 “But the angel said to him, “Do not be afraid, Zechariah. . . your wife Elizabeth will bear you a son, and you shall call his name John. 15. . . and he will be filled with the Holy Spirit, even from his mother’s womb. 16 And he will turn many of the children of Israel to the Lord their God, 17 and he will go before him in the spirit and power of Elijah, to turn the hearts of the fathers to the children . . . to make ready for the Lord a people prepared.”

Unfortunately, we do not have any biblical reference on the timing of the birth of Elijah, but Jewish historical tradition has centered the return of “Elijah” to the passover feast. Each year at the passover meal a place setting is set for the coming of Elijah.

If we use the order of Abijiah timeline and have John the Baptist being conceived a few days after, John the Baptist, in the spirit and power of Elijah did fulfill the long awaited return of Elijah the prophet on Passover.

Six months after the conception of John the Baptist, Mary conceived Jesus (Luke 1:26-33). Continuing with the understanding of when John was conceived, Christ’s conception would fall on Kislev 25, The Festival of Lights (Hanukkah)

So, “That was the true Light, which lighteth every man that cometh into the world.” – John 1:9

The Light of the World, was conceived on the Festival of Lights.

Josephus explains Hanukkah in relationship as a sudden light that came to the people unexpectedly. Just as the 75 foot candelabra that was lit in the temple, illuminating the city of Jerusalem, there was another light that was also been kindled in the womb of Mary, that would soon be seen around the world.

“Now when Jesus was born in Bethlehem of Judaea in the days of Herod the king, behold, there came wise men from the east to Jerusalem, Saying, Where is he that is born King of the Jews? for we have seen his star (Light) in the east, and are come to worship him.” – Matthew 2:1-2

The Announcement of the Birth

The Feast of Sukkoth celebration is a season filled with Joy. The central focus is around “The Lord is my light and my salvation.” Psalm 27:2.

At the end of the first day, the worshippers would gather together for the illumination ceremony. In the temple courts, 4 large golden lamps or golden bowls were filled with oil and lit. The historical records say, “There was not a court in Jerusalem that was not lit by it.” Around the lamps the Levite choir began to praise God with cymbals, trumpets, and “instruments without number” standing on the fifteen steps leading into the Court of Israel.

The ceremony was both remembering how God led them in the wilderness with a pillar of fire and the fire descending in the temple, but also looking forward to the future Messiah who would come as the light of the world.

However, just as the Temple was brightly lit and the choirs began to sing the theme songs and messages of great joy for all nations; in Bethlehem the angels suddenly appear in bright light and joined the Sukkoth liturgy that was written many years before Christ. “Glory to God in the highest and on earth peace and goodwill.”

Why did the angels say the Sukkoth liturgy on the night of Jesus’ birth?

I would suggest that Christ’s birth is fulfilling the ultimate prophecy of returning again to his people.

“And the Word was made flesh, and dwelt (Tabernacled) among us, (and we beheld his glory, the glory as of the only begotten of the Father,) full of grace and truth.” John 1:14

The birth of Jesus closely fits the context of the Feast of Tabernacles.

Shepherds in the field

“And there were in the same country shepherds abiding in the field, keeping watch over their flock by night.” – Luke 2:8

An interesting note concerning the times and the seasons in Jerusalem is the planting and harvest times. In Israel, the growing season for grains (Wheat, barley, oats and etc) follows after the brutally hot summer. Planting is typically during the last parts of October and early days of November. Harvest than coincides with the Feast of First Fruits (Barley Harvest) and Pentecost (Wheat/Greater Harvest) in the spring.

Luke 2 says that the shepherds are abiding in the field. Shepherds normally graze their sheep in the desert, but as soon as the fields are harvested, they move the flocks of sheep into the freshly harvested grain fields. This indicates that Christ’s birth occurred during the non growing season of late May through the end of October.

“And when eight days were accomplished for the circumcising of the child, his name was called Jesus, which was so named of the angel before he was conceived in the womb.” – Luke 2:21

On the last day of the sukkoth festival is a day the Torah calls “The Eighth Day” (Leviticus 23:36,39). If Jesus was born on the first day of the Feast of Tabernacles (Sukkoth), they would have circumcised him on the day called the “Eighth Day,” thereby exactly fulfilling the scripture that says that every male child, “in the eighth day the flesh of the foreskin shall be circumcised.”

Jesus Christ on the eighth day was wholly dedicated to God and ultimately fulfilled the Eighth Day references.

Do we have the exact date that Jesus was born?  No.  But with God, every minute detail of his plan to redeem his people is established in the text.  Nothing is random.  So the text of the Bible will always match the picture of what God is doing through his Son Jesus.

In picture, the light of the world is conceived on the feast of lights, comes to earth and “tabernacles” (dwells) with man on the feast of tabernacles, the living water is placed into a watering trough were sheep go to drink.  The lamb of the world is declared messiah (redeemer) on lamb selection day (Triumphal Entry), crucified on Passover, buried on the Feast of Unleavened Bread, and raised on First Fruits.

Every aspect of Jesus’ life is the culmination of the Old Testament and each detail gives us a better picture of who Christ really is.  And the beautiful picture of Christ our redeemer is definitely worth celebrating.

#Ceaserea #israeljourney2016 apostle paul asherah baal being a disciple Bible Study canaanite religions gospel of jesus christ Isaiah 32 matthew 5:45 minute in the word priestly blessing sendeth rain on the just and on the unjust shema Shimon Peres The Commands of Jesus Christ uplifting bible scriptures
Get ﻿﻿﻿﻿﻿FREE﻿﻿﻿﻿﻿ ﻿Minute in the Word Devotionals﻿ from the Land of Israel to better understand the ﻿Bible.