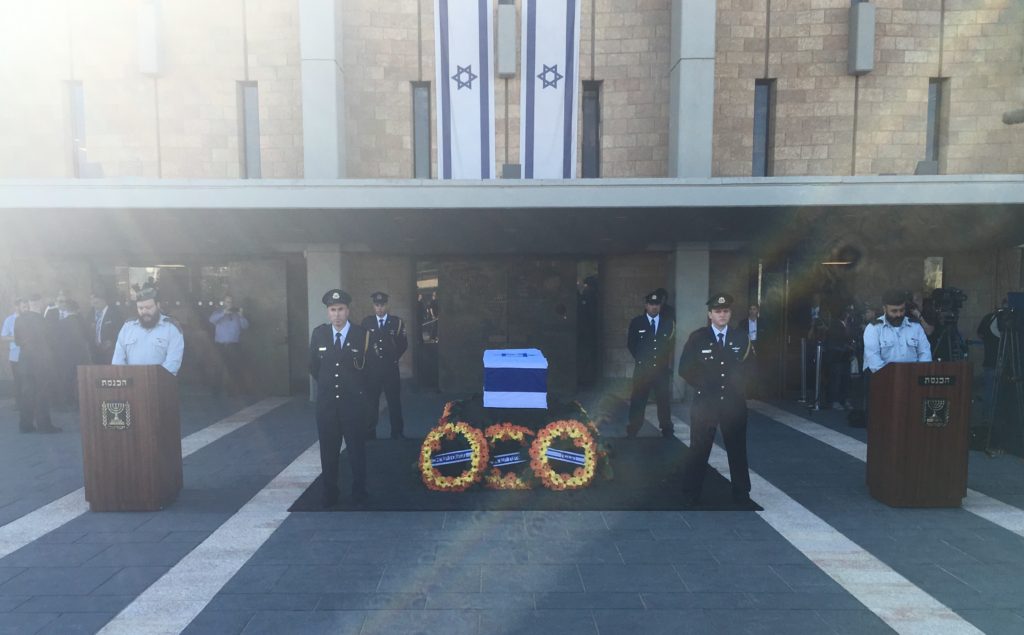 Shimon Peres, Israel’s former Prime Minister, President and Nobel Peace Prize laureate, died early Wednesday at the age of 93.  Thursday morning, I wanted to walk by and pay my respects.

Peres main work involved setting up Israel’s defense infrastructure.  He brought in advanced weaponry for the IDF and developed its military and aerial industries.  He also was a key founder in Israel’s nuclear program. 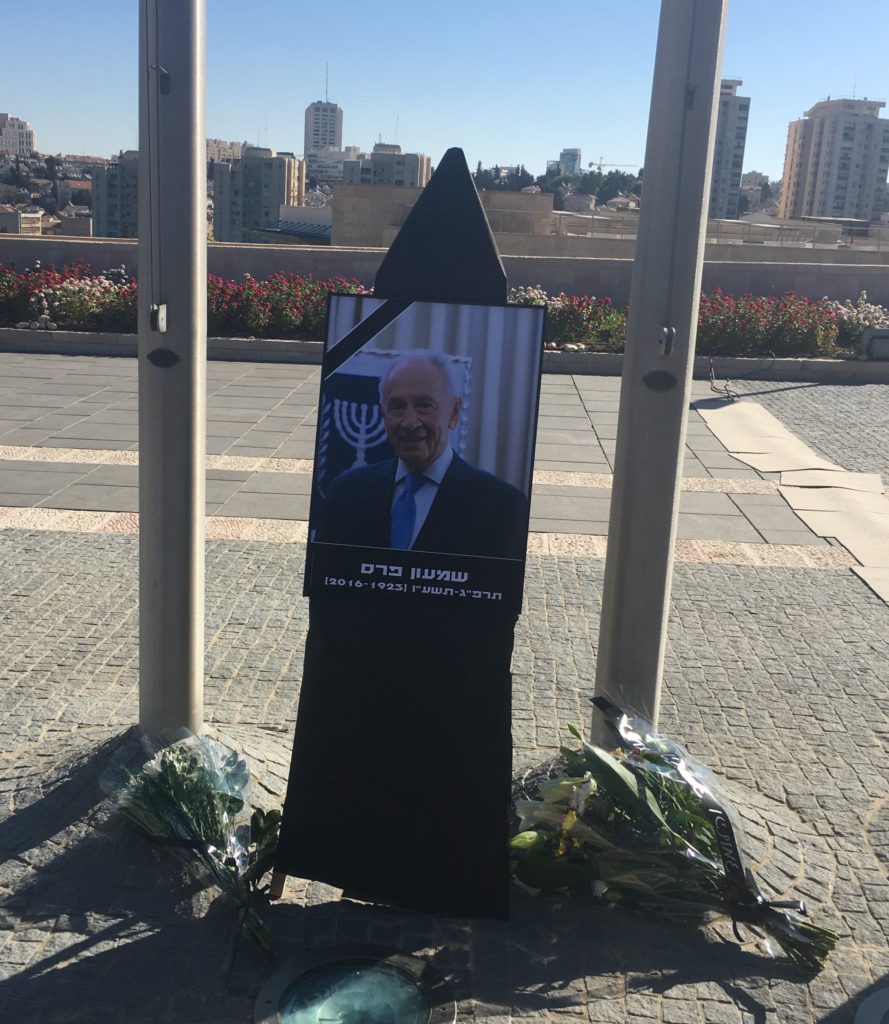 “My goal in life was to serve my people, and the most important service for the Jewish people is building the land, and the basics of building the people and the country is working the land… without that, there cannot be an attachment to the land, a grip will not be probable if you get disconnected from the land. We have enough doctors and professors and other learned people. Hebrew youths! We need simple workers of the land.” 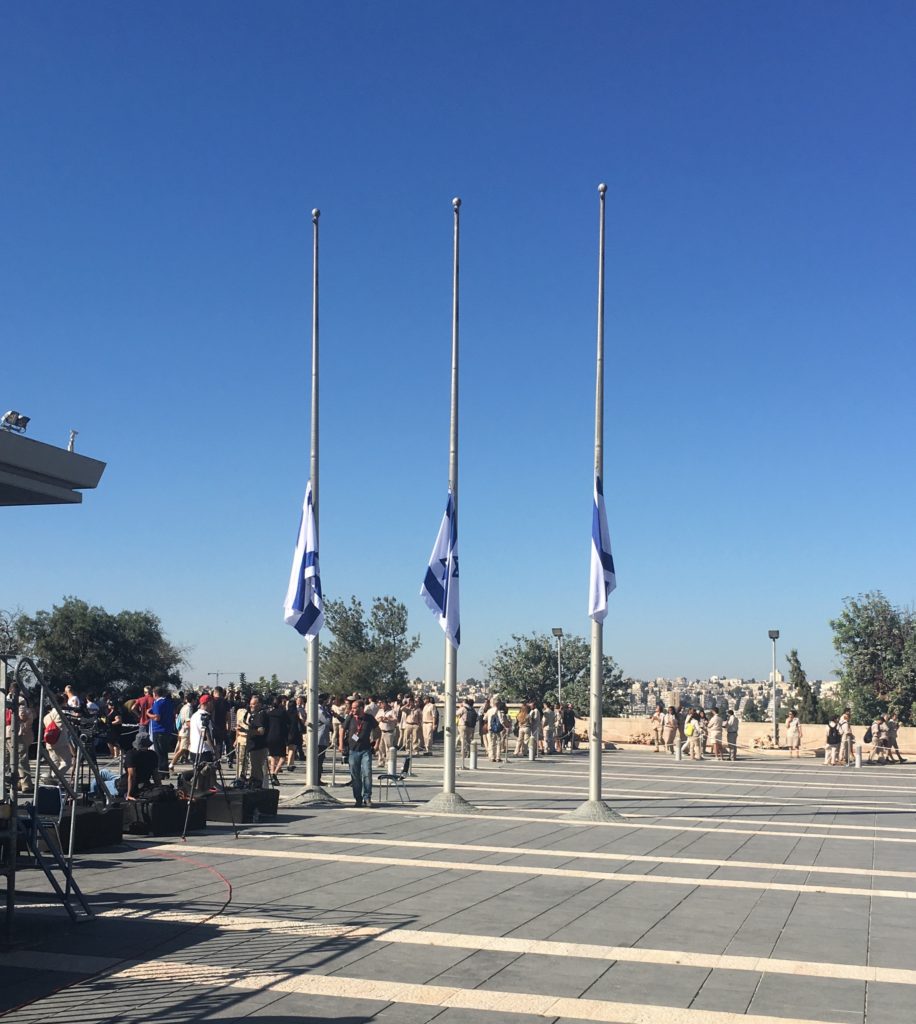