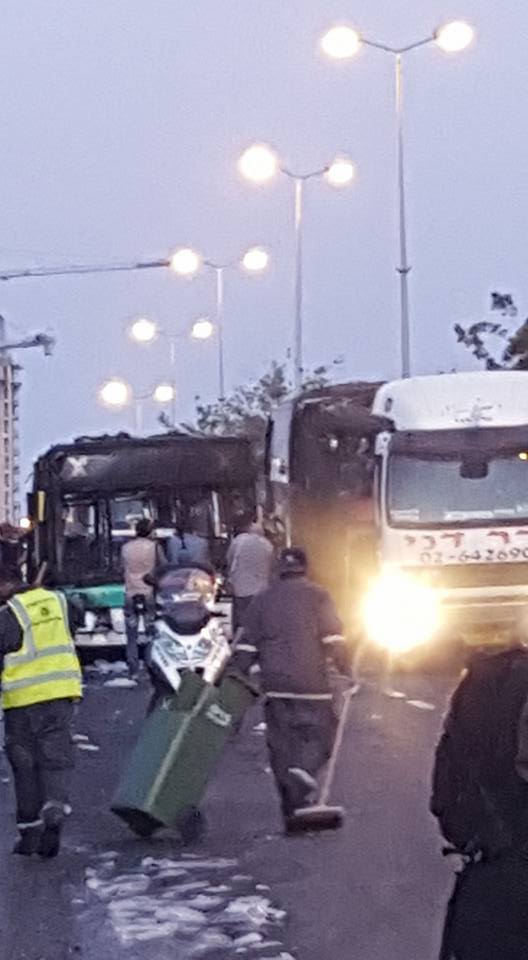 Today there was a bus bomb in Jerusalem. I was in a store a few blocks away. I walked over and got a few pics but my phone was dying. Soldiers were all over the place. The news reports we are hearing are saying several different things but it does not sound as though anyone was killed.  Two buses were involved but it’s unclear from the news which was carrying the bomb.   Things have been very quiet for several weeks. So will be interesting what increased security comes from this. As I was coming home in a taxi i saw lots of empty buses. I think taxi drivers were raking in a pay load tonight.  I do not profess to understand the many facets of the Israeli Arab conflict here in Israel, but regardless of the right and wrong, it is heartbreaking to see the hatred.  And sadly both sides are part of that. 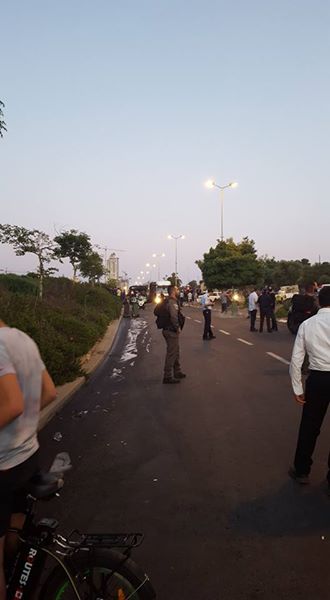